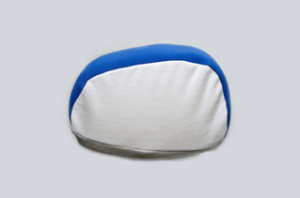 Trying to do self-administered BPPV head maneuvers at home, or worse, at the work place, is daunting – especially when one is already dizzy.  It is a large commitment to invest the time, effort, and determination to put up with the intrusion and discomfort caused by the exercises. Although the BPPV exercises take up a significant amount of time, at the end success is far from guaranteed.

For example, one particular self-administered BPPV head-maneuver exercise involves having the patient recline on a flat surface and incline the head at various angles for a period of 20 seconds at each position. The series of head positioning exercises takes about 10-15 minutes to complete, and is to be repeated three times a day for a period of two weeks. 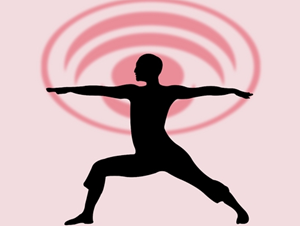 The SimBalance pillow system has been developed to simulate this exercise while the patient is sleeping at night. With the head supported at an inclined angle on the SimBalance pillow, the natural tossing and turning motions of the head may mimic the head positioning exercise without any conscious efforts on the part of the patient. The head positioning achieves the goal of relocating the canaliths (the ear-rocks lodged in the semi-circular ear canals) out of the canal, thus eliminating the dizziness symptoms. A rough analogy would be that of a child wanting to get a coin out of a piggy bank: he can either shake the piggy bank upside down regularly and more or less randomly for a long period of time, or he can position the piggybank in many deliberate orientations while trying to gauge where the coins are situated behind the slot. The former method could be very effective because the number of trials the child makes to get the coins out of the piggy bank is so much greater than in the latter method, while the latter method may be effective if it is performed by a professional on the BPPV patient because the professional has other tools to assist him, such as monitoring the patient’s eye movement while precisely turning the patient’s head. The BPPV patient doing the self-administered exercises does not have this advantage, and thus has much more difficulty “getting the coin out.” He or she can only try for a few minutes at a time to maneuver the head to the prescribed positions, which are difficult to accurately achieve. 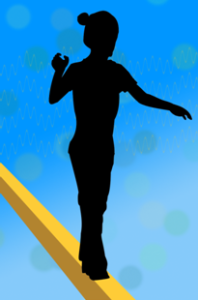 Even though the system is meant as an exercise aid for BPPV head maneuver exercises during an episode of dizziness, the SimBalance pillow system may also be used nightly as a preventive measure. The system consists of three pillows of adjustable heights, different shapes and firmnesses to optimize the comfort level for “tilting” the head during sleep whether the user sleeps on the side or on the back. The three components of the system – the base pillow, the main pillow, and the supplemental pillow – can each be used as a regular high-quality pillow for those users who do not want to use the entire system every night. People of all sizes should be able to find the optimized position for the head tilt by adjusting the relative positions of the main pillow and the base pillow. These pillows are locked in place with convenient Velcro® fasteners, so that it is not possible to lose the optimized position once it has been found.

Medical personnel often recommend that the BPPV patient may want to sleep with the head at an inclined position – such as on stacked pillows or even in a recliner – during a dizziness episode or immediately after the BPPV head maneuvering exercise. The SimBalance pillow system makes these nights comfortable and restful by providing the necessary tilt, which can be personalized for individual needs.
Because SimBalance is designed for helping with the head-maneuver exercises for those who suffer from BPPV, anyone who has been advised by their doctors not to attempt to do head maneuver exercises for any reasons, e.g., spine and neck problems, should not use the SimBalance pillow system for the same reason. Each individual component pillow may still be used as good support for regular sleep.

Other ailments may also benefit by the patient sleeping with the head raised. The SimBalance pillow system may be useful for those users looking for flexible, comfortable pillows with features specifically designed to give the best support for the head, neck, shoulders and back while elevating the head during sleep.